Conducting agency business in public can be complicated. It requires staff, administrators, and board members to strictly adhere to ever-changing laws, impacting meetings, communications, timelines, and use of technology. As general counsel, Lozano Smith attorneys join alongside publicly elected boards, and routinely advise on the most pressing governance issues, including:

Recognizing the need for leaders to remain well-informed of critical issues while successfully conducting the public’s business, Lozano Smith created a cutting-edge workshop for board members and City Council members. This workshop walks through practical strategies for effective governance, including:

We regularly advise clients on the open meeting requirements of the Ralph M. Brown Act and routinely provide individualized trainings to address specific needs of our clients. We have also successfully defended Brown Act suits at the trial and appellate levels. For example, Duval v. Board of Trustees (2001) 93 Cal.App.4th 902 established the principle that a legislative body may conduct comprehensive personnel evaluations in closed session, including a discussion of evaluation criteria and setting goals for future performance.

The firm also publishes annual handbooks and materials available at no cost for clients to use in understanding and complying with the Brown Act.

We assist our clients in responding to Public Records Act requests from receipt of an initial demand through completion. Our attorneys and paralegals routinely deal with unique issues such as requests for salary or personnel information, electronic documents, documents related to closed-session meetings or pending litigation. All Lozano Smith attorneys are well versed in the Public Records Act and remain abreast of recent legislation and case law, understanding how each impacts our client’s obligations to maintain and disclose public records.

We frequently train and advise clients, including the elected board, regarding a wide range of conflicts of interest and ethics issues. Often, we counsel public agencies on: understanding public officials’ obligations to disclose their economic interests; identifying conflicts of interest; abstaining from participating in certain governmental decisions; and properly disclosing potential conflicts at public meetings.

Board Counsel and Support

Lozano Smith attorneys, as general counsel, guide and support public elected boards through creation and implementation of board policies, media relations, communication with the public, election issues, political activity, and conflict of interest issues, including the proper conduct of candidate and ballot measure elections. The firm’s attorneys advise on many election-related topics, including:

October 2022Number 48State lawmakers have given members of local legislative bodies a new option for remote participation in public agency meetings.Assembly Bill (AB) 361 previously provided for remote attendance during declared emergencies through January 1, 2024.  Now, effective January 1, 2023, AB 2449 retains existing Brown Act teleconferencing requirements for non-emergency situations, but also provides an additional opportunity for remote attendance even when there is no state of e...

October 2022Number 45On August 21, 2022, Governor Gavin Newsom signed Senate Bill (SB) 1100, which authorizes the presiding member of a legislative body to remove disruptive individuals during a public meeting.  SB 1100 is intended to serve as a new mechanism for local officials to maintain the decorum of public meetings.BackgroundDue in part to the political climate and rhetoric during the COVID-19 pandemic, disorderly conduct at public meetings increased across California at alarming r...

August 2022Number 40New case law suggests social media accounts created by public officials may be considered public forums subject to constitutional scrutiny under the First Amendment.  In the recently decided case, Garnier v. O’Connor-Ratcliff (9th Cir. 2022, Nos. 21-55118, 2155157) __F.4th __ [2022 WL 2963453], the Ninth Circuit Court of Appeals discusses these principles, holding that it is a violation of the First Amendment for a public official to block members of the public ...

July 2022Number 32On June 23, 2022, the United States Department of Education (Department) released its long-awaited Notice of Proposed Rulemaking regarding Title IX of the Education Amendments of 1972 for public review.  The 701-page document (published here) outlines the Department’s proposed new Title IX regulations.  Four of the major changes in the proposed regulations are highlighted below.While the proposed regulations are currently available for review, they are still ...

July 2022Number 30In Shurtleff v. City of Boston (2022) 142 S.Ct. 1583 (Shurtleff), the United States Supreme Court, for the first time, addressed a topic that presents a common and growing issue for public agencies related to the intersection between government versus private speech under the First Amendment:  residents’ use of government property to display flags of their choosing.  The distinction is important because, when the government speaks, the First Amendment does no...

June 2022Number 27June 23, 2022, marks the 50th Anniversary of Title IX. On June 23, 1972, President Richard Nixon signed Title IX of the Education Amendments of 1972 into law, prohibiting federally funded educational institutions from discriminating against students or employees based on sex. In its entirety, Title IX states:“No person in the United States shall, on the basis of sex, be excluded from participation in, be denied the benefits from, or be subject to discrimination under ... 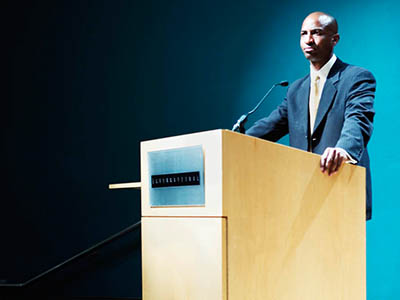 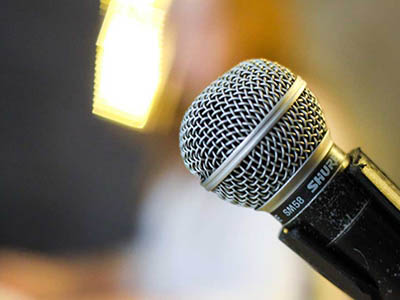 Board Member Use of Social Media