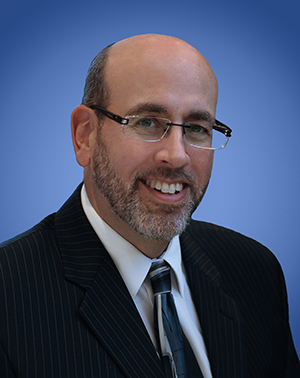 My Expertise and Practice Areas My Proudest Moment As An Attorney

He has been with the firm and representing public entities for over 25 years. Mr. Freiman has appeared before the California Supreme Court on behalf of the California School Boards Association's (CSBA) Education Legal Alliance, and has been named a Northern California "Super Lawyer." He also received the 2014 California Association of School Business Officials (CASBO) Associate Member of the Year Award for his exemplary service to schools and to CASBO for many years. Mr. Freiman previously served as a Briefing Attorney for the Texas Supreme Court.

Mr. Freiman is a frequent presenter and trainer for CASBO, is a member and former Chair of CASBO's statewide Associate Member Committee, and served on the CASBO Board of Directors for 2015-2016. He has also served on the Legal Advisory Panel for the Coalition for Adequate School Housing. Additionally, he is a member of CSBA's Council of School Attorneys as well as the National School Boards Association's Council of School Attorneys. Mr. Freiman, who has received numerous awards for public speaking, has also been invited to present to the Coalition for Adequate School Housing (CASH). Mr. Freiman also regularly conducts board workshops on topics such as the Brown Act and Board governance.

Mr. Freiman received his J.D. from Columbia Law School, and holds a B.A. from the University of California at Berkeley. He was admitted to the California State Bar in 1990. In college, he was a teaching assistant and reader in the Rhetoric Department, and worked as an instructor in the Contra Costa College for Kids summer program. While at Columbia, he instructed first year law students in Real Property Law and served as an editor for the Columbia Human Rights Law Review.

New Appellate Court Case Reaffirms that School District's Imposition of Developer Fees is Tied to the General Type of Construction, not the Particular Project

Host Devon Lincoln talks with attorneys Daniel Maruccia and Harold Freiman about what AB 48 could mean for school facilities funding if approved by the voters in March 2020.

As California seeks legislative solutions for the statewide housing crisis, new laws increasingly seek to ease the path toward construction of affordable housing. Implementation of these laws has widespread financial and planning impacts on cities, counties and school districts. Host Devon Lincoln talks with Harold Freiman and Bill Curley about the affordable housing crisis and the repercussions of the new laws at the local level. This conversation explores how cities and counties are effected by the increasingly centralized state laws, and how the resulting increase in the pace of development impacts school districts.