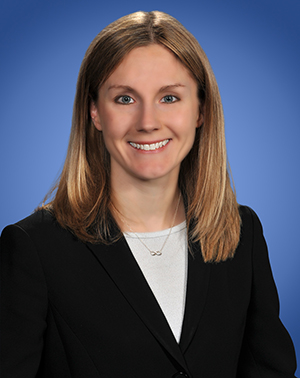 J.D., University of California, Hastings College of the Law

U.S. District Court for the Central District of California

Ms. Rem has extensive experience advising clients regarding CEQA issues, including procedural requirements, deadlines and statutes of limitation, exemptions, and adequacy of environmental impact reports and other documents. She represented the California School Boards Association as amicus curiae in the matter of Berkeley Hillside Preservation v. City of Berkeley, a recent CEQA case before the California Supreme Court. She also has extensive eminent domain experience, and assists school districts with a variety of real property issues including sale and lease transactions, land use and zoning issues, and surplus property requirements. Ms. Rem is experienced in reviewing and providing advice to clients relating to various types of business contracts. She also regularly advises clients regarding school facilities fees and construction matters.

Ms. Rem has presented at various events including the California Association of School Business Officials (CASBO) annual conference and local workshops, and Lozano Smith's Facilities and Business workshops and webinars. She is particularly experienced in presenting topics related to purchasing, public bidding, and construction issues.

Ms. Rem received her Juris Doctor degree from University of California, Hastings College of the Law. As a student, she worked as a Senior Articles Editor for the Hastings Communications and Entertainment Law Journal. She also authored an article entitled Idea Protection in California: Are Writers Too Readily Compensated for Their Ideas? 28 HASTINGS COMM. & ENT. L.J. 333 (2006).

She earned her Bachelor of Arts degree from the University of Michigan, where she was a member of the Delta Epsilon Iota National Honor Society, and participated in a Summer Study Abroad Program in Dublin, Ireland.

Ms. Rem is admitted to the Central District of California.

June 2020Number 47The COVID-19 pandemic has created a looming fiscal crisis across California. As local agencies prepare to adopt their fiscal year 2020-21 budgets, some are eyeing the option of selling or leasing surplus property in order to generate funds to ease potential shortfalls. There is a great deal happening in Sacramento currently that may impact that option for better or worse.School districts must follow specific procedures prior to selling or leasing real property. These procedu...

January 2020Number 9The State Allocation Board (SAB) has increased the amount of "Level 1" developer fees that school districts are authorized to collect to $4.08 per square foot of residential development and $0.66 per square foot of commercial development. The increase takes effect immediately, and may now be implemented by school districts through local action.The new rates, which the SAB approved on January 22, 2020, represent a 7.64 percent increase over the maximum amounts authorized as...

October 2019Number 61On October 9, 2019, Governor Gavin Newsom signed into law a bill that will have sweeping effects on local agencies disposing of real property under the California Surplus Land Act. Assembly Bill (AB) 1486 adds several new requirements to the process, as well as potentially severe penalties for non-compliance. The bill also makes changes to planning and zoning laws applicable to cities and counties. Application of the new law to school districts is expressly limited.Change...

October 2019Number 44As part of an uptick of cases in recent years regarding school impact fees, two recent cases argued by Lozano Smith on behalf of school districts have been decided by the California Sixth District Court of Appeal, with mixed results. The court ruled in relation to an "adults only" agricultural worker housing project that, when imposing prospective developer fees on development projects, school districts need not establish a reasonable relationship between the fee and the ...

Lay Opinions May Trigger The Need For An Environmental Impact Report

New Rules for Use of Federal Funds Effective July 1: Are You Ready?

June 2018Number 26New requirements for using federal funds become effective this coming fiscal year. The requirements apply to non-federal entities such as school districts, institutions of higher learning, and state and local governments.In order to comply with the new rules, non-federal entities seeking federal funds may need to revise their board policies and administrative regulations, contract documents, and other internal procedures by the beginning of their 2018-2019 fiscal year. For s...

June 2018Number 23Many school districts throughout the state have recently received one or more California Public Records Act (CPRA) requests from the California Taxpayers Action Network (CalTAN) and the Carlin Law Group regarding lease-leaseback (LLB) transactions. CalTAN and the Carlin Law Group filed multiple lawsuits against school districts in the past regarding lease-leaseback practices, and this CPRA request may be a precursor to future litigation.The first of the recent CPRA requests ...

April 2018Number 16A California court has confirmed that school districts are authorized to assess Level 1 developer fees against interior common areas of apartment buildings, including hallways and walkways.School districts have received pushback from developers regarding whether "assessable space" includes interior common areas. With its decision in 1901 First Street Owner, LLC v. Tustin Unified School District, the court has provided districts with legal authority for imposing fees on such...

February 2018 Number 3 The State Allocation Board (SAB) has increased the amount of "Level 1" developer fees that school districts are authorized to collect to $3.79 per square foot of residential development and $0.61 per square foot of commercial development. The increase takes effect immediately, and may now be implemented by school districts through local action. The new rates, which the SAB approved on January 24, 2018, represent an 8.78 percent increase over the maximum amounts a...

October 2017 Number 62 Governor Jerry Brown has signed four bills that update purchasing rules related to school food and nutrition programs and improve access to healthy food. Each of these bills will take effect January 1, 2018. Senate Bill 544: Bill Offers Clarity on Food Contract Award Rules Senate Bill (SB) 544 resolves an inconsistency between state and federal law regarding the award of contracts in support of child nutrition programs by clarifying that school districts can c...

September 2017 Number 49 The Fourth District Court of Appeal has ruled that the execution of a purchase and sale agreement for real property that is contingent upon compliance with the California Environmental Quality Act (CEQA) does not trigger a public agency's duty to prepare an environmental impact report (EIR) under CEQA. The California Environmental Quality Act CEQA is a complicated body of law which requires public entities to consider environmental effects of their projects ...