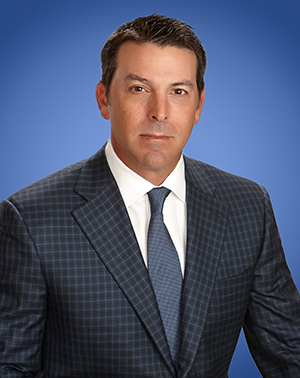 Daniel Maruccia is a partner in Lozano Smith's Sacramento office and co-chair of the firm's Public Finance Practice area. His areas of expertise are public finance, facilities and business, and local government. Mr. Maruccia advises clients on a variety of transactional matters affecting school districts including facilities funding, public contracts, and other business transactions. He is nationally recognized as municipal bond counsel in the Bond Buyers' Municipal Marketplace Guide, commonly referred to as "The Red Book."

Previously, Mr. Maruccia was deputy legislative counsel for the State of California, Office of Legislative Counsel. During his tenure, he provided legal services to members of the California Legislature. He regularly appeared as counsel for the Assembly and Senate Committees on Education. Mr. Maruccia drafted and analyzed legislative measures concerning public education, and prepared in-depth legal opinions on a variety of constitutional and statutory educational law matters with specific emphasis on issues regarding public education governance, administration, and students.

His articles include "Deadbeat Developers and Cruel Covenants: Collecting on Delinquent Mello-Roos Taxes" published in the Daily Journal, June 2010 and "From Sacramento With Love: Impending Bond Legislation" published in the Small School Districts' Association Newsletter, January/February 2013.

Mr. Maruccia is a member of the National Association of Bond Lawyers, the State Bar of California, and has served on the Board of Directors of the Public Law Section of the Sacramento County Bar Association.

In An Historic Move, California Paves Way For Public Banks

October 2019Number 62The California Legislature recently passed, and on October 7 Governor Newsom signed, Assembly Bill (AB) 48, known as the "Public Preschool, K-12, and College Health and Safety Bond Act of 2020."AB 48 places a $15 billion statewide K-12 school and college facilities general obligation bond on the March 3, 2020 ballot.Contingent on voter approval of the statewide bond measure at the Presidential Primary election on March 3, 2020, AB 48 would introduce a slew of significant ...

October 2019Number 42UPDATE: Governor Newsom vetoed SB 268 on October 13, citing concern that the bill, as crafted, would “reduce transparency for local tax and bond measures.” As a result, existing ballot language requirements, including those added by AB 809 and AB 195, will remain in effect for the 2020 elections, and beyond, unless and until the Legislature revisits the issue again in the future.In an ongoing saga that began with the passage of Assembly Bill (AB) 809 in 2015, the Legi...

November 2018 Number 82 The Securities Exchange Commission's (SEC) Rule 15c2-12 requires that an issuer of publicly offered municipal securities, such as bonds or certificates of participation, commit to disclosing certain material events that occur while those securities are outstanding. Now, the SEC has added two new items to the list of events requiring disclosure. They are: (1) an incurrence of a material financial obligation, or an agreement to events of default, remedies, priority r...

July 2018Number 30As previously reported, effective January 1, 2018, Assembly Bill (AB) 195 requires summary statements for all local ballot measures that impose or raise a tax to include the amount of money the tax will raise annually and the rate and duration of the tax to be levied. (See 2017 Client News Brief No. 82.)In addition to eating into the 75-word limit for summary statements, the new law poses compliance challenges specific to general obligation bonds, which are subject to market...

December 2017 Number 82 A significant new law will require local public agencies to include additional information in summary statements for local ballot measures that raise taxes, including school district general obligation bond measures. Assembly Bill (AB) 195 will amend section 13119 of the Elections Code by requiring summary statements for all local ballot measures that impose or raise a tax to include the amount of money the tax will raise annually and the rate and duration of the t...

June 2017 Number 30 On June 6, 2017, S&P Global Ratings (S&P) placed two of the three active municipal bond insurers, Build America Mutual Assurance Company (BAM) and National Public Finance Guarantee Corp. (NPFGC), on credit watch with negative implications. S&P intends to review the insurers and may adjust their assigned rating based on their competitive strengths or weaknesses relative to their peers. S&P stated that its review may lead to a downgrade of BAM or NPFGC...

Host Devon Lincoln talks with attorneys Daniel Maruccia and Harold Freiman about what AB 48 could mean for school facilities funding if approved by the voters in March 2020.

In Part 2 of our discussion on the complex topic of clean energy projects and how they are financed, Sloan Simmons talks with Devon Lincoln and Daniel Maruccia about the options for financing such projects and the overarching themes impacting this area of the law.

In Part I of a discussion on the complex topic of clean energy projects and how they are financed, Sloan Simmons talks to Dan Maruccia and Devon Lincoln about the wide range of such projects, and the challenges public agencies face in determining how to finance them.