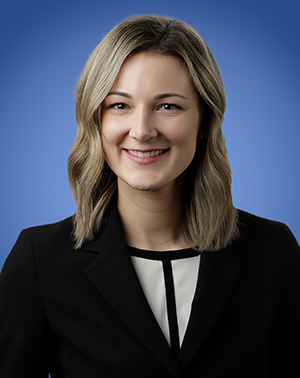 Courtney de Groof is an Associate in Lozano Smith's Sacramento office. She assists her public agency clients with issues related to labor and employment, litigation, and charter schools.

Ms. de Groof earned her J.D. from the University of Pacific, McGeorge School of Law, and received her B.A. in English from California State University, Sacramento. Ms. de Groof has received certification through ATIXA as a participant in Level 1 and Level 3 ATIXA Civil Rights Investigator Trainings.

October 2019Number 49In the largest overhaul of California's Charter Schools Act ("Act") since it was enacted in 1992, Governor Gavin Newsom signed AB 1505 and AB 1507 on October 3, 2019. The Act authorizes the establishment and operation of charter schools in California. The closely watched and hotly debated reforms impact most aspects of charter school authorization, including oversight, appeals, and renewals. Enactment of AB 1505 and AB 1507 follows months of negotiations and compromises f...

July 2019Number 36In Fort Bend County, Texas v. Davis, the United States Supreme Court held that the requirement to file an administrative charge with the Equal Employment Opportunity Commission ("EEOC") prior to filing a discrimination lawsuit, which is set forth in Title VII of the Civil Rights Act of 1964 (Title VII), is not a "jurisdictional" requirement and is thus subject to waiver. This means that if an employer fails to promptly raise an objection based on an employee's failure to fil...

April 2019Number 22The California Legislature recently passed legislation, taking effect in 2018 and 2019, making it easier for individuals to change their gender identity on official documents, adding a new gender identity option to certain forms of identification and vital records, and requiring certain state and local agencies to change data collection practices so that gender identity is more accurately accounted for in demographic data.Assembly Bill (AB) 677: Sexual Orientation and Gende...