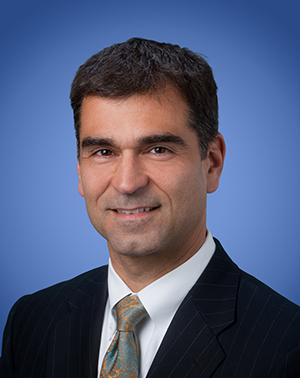 My Expertise One of My Biggest Passions

My Expertise When Clients Come to Me in Stressful Legal Situations

Thomas R. Manniello is a Partner in Lozano Smith's Monterey office. His practice focuses on employment and student matters.

In student matters, Mr. Manniello assists school districts with student discipline, students' rights to freedom of speech and freedom of the press, disruptive parents, field trip liability, student organizations, residency and transfer issues. His work covers all areas of student discipline matters including search and seizure and other student investigation issues, expulsion hearings and appeals, and readmission of expelled students. Mr. Manniello regularly provides training for clients on these subjects.

Mr. Manniello earned his J.D. from Hastings College of the Law in 1997 and a B.S. in Finance from California State University, San Jose, in 1993.

March 2020Number 15The coronavirus disease 2019 (COVID-19) is a novel respiratory disease that has affected communities worldwide. Cases of COVID-19 have recently appeared in several California communities, prompting a significant number of school closures around the state. In the coming weeks, as schools begin to re-open, they may encounter issues regarding student attendance and exclusions. This news brief provides K-12 districts with general guidance relating to these issues.Excluding Stud...

Creditable Compensation for Paid Administrative Leave Under Review by CalSTRS

February 2020Number 10On January 23, 2020, the California State Teachers' Retirement System ("CalSTRS") issued an Employer Information Circular taking a restrictive position regarding what leaves count for the purpose of calculating creditable compensation under the Teachers' Retirement Law. The CalSTRS Employer Circular is located here.Creditable compensation is a term set forth in the Education Code that represents all compensation reportable to CalSTRS for an employee's performance of cred...

New Law Expands Ban On Suspensions For “Willful Defiance” And “Disruption” In Both Public And Charter Schools, Emphasizes Importance Of Alternative Means

October 2019Number 52Governor Gavin Newsom recently signed into law Senate Bill (SB) 419, which expands the existing ban on suspending students in grades K-3 for disrupting school activities or committing an act of willful defiance. The ban on such suspensions now extends to grades 4-5 permanently and to grades 6-8 for five years. The new law, which takes effect on July 1, 2020, applies to both traditional public schools and charter schools.Subdivision (k), of Education Code section 48900, pr...

February 2019Number 11A settlement agreement was recently reached between the California Department of Justice (DOJ) and the Stockton Unified School District (District) to address discriminatory treatment of minority students and students with disabilities. The agreement resolves a comprehensive investigation conducted by the DOJ, which found that the District's policies and practices with respect to law enforcement referrals discriminated against African-American and Latino students as well ...

November 2018Number 77In Scott v. County of San Bernardino (9th Cir.) 903 F.3d 943, the Ninth Circuit Court of Appeals affirmed a district court's summary judgment in favor of three students in an action alleging that two Sheriff's deputies arrested a group of middle school students in violation of their Fourth Amendment rights and state law. The group of female students were handcuffed, arrested, and transported to the Sheriff's station after a series of bullying and assault incidents betwee...

October 2018Number 65Effective January 1, 2019, Senate Bill (SB) 1085 requires public agency employers in California to grant, upon the request of a union, "reasonable" paid leaves of absence to employees serving as stewards or officers of the union or of any statewide or national employee organization with which the union is affiliated.While on such leave, employees must suffer no loss of compensation or benefits and retain reinstatement rights, meaning they have the right to return to the s...

September 2018Number 46In Gallinger v. Becerra, the Ninth Circuit Court of Appeals rejected a challenge to a 2015 change to California's Gun-Free School Zone Act that removed an exemption allowing concealed-carry permit holders to carry firearms on school grounds, but maintained the same exemption for retired peace officers.The Ninth Circuit held that lawmakers had a rational basis for approving this change, effected by Senate Bill (SB) 707, and also that the partial elimination of the exempt...

February 2018 Number 4 Governor Jerry Brown has suspended the 960-hour per year work hour limit for retired annuitants who assist California counties battling fires and mudslides. CalPERS announced Brown's suspension of the rule in a January 29 Circular Letter. Governor Brown issued a pair of executive orders lifting the work hour limit and other rules in an effort to expedite hiring of emergency workers and to streamline the recovery of communities devastated by the disasters. In addi...

November 2017 Number 77 A pair of new laws intended to ease residency and coursework requirements for students in military families will go into effect on January 1, 2018. Senate Bill (SB) 455 expands on prior legislation to permit students whose parents are on active duty military orders to remotely enroll in school, while Assembly Bill (AB) 365 extends coursework exemptions for other groups of transient students to children of active duty members of the military. SB 455: Updated Resi...

July 2017 Number 43 A bill signed by Governor Jerry Brown on July 10 allows school districts to pay the expenses of students participating in field trips or excursions to other states, the District of Columbia or a foreign country. Assembly Bill (AB) 341 goes into effect on January 1, 2018. Education Code section 35330(b)(3) currently prohibits the use of school district funds to pay the expenses of a student participating in a field trip or excursion to any other state, the District o...

Police in Schools – The Role of a School Resource Officer

The role of law enforcement officers on school campuses is not well understood. Devon Lincoln is joined by attorney Tom Manniello, an expert in student discipline issues and discipline reform, and Jenell Van Bindsbergen, an attorney specializing in working with police officers and police departments. In a wide ranging discussion, the panelists lay out the complex issues that come up when an officer polices a school campus.