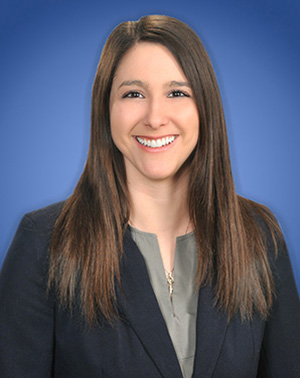 My Expertise One of My Passions Outside of Practicing Law

My Expertise Why I Choose to Work at Lozano Smith

Overview
Janae Castellani is an Associate in Lozano Smith’s Fresno office. She is a member of both the firm’s Labor and Employment and the Facilities and Business Practice Groups.

Experience
Ms. Castellani has a wide range of experience in the litigation realm, including preparing discovery requests and responses, pleadings, and motions and has represented clients at various types of administrative hearings.

Ms. Castellani also has prior experience in representing city governments, including responsibility for code compliance, opposing Pitchess Motions, and obtaining Nuisance Abatement Warrants on behalf of the City.

October 2019Number 59On September 24, 2019, the U.S. Department of Labor (DOL) announced its Final Rule, updating the minimum salary necessary for an executive, administrative or professional employee to be exempt from overtime pay requirements. Based on these revisions to the federal overtime rules, the DOL anticipates 1.3 million more employees will now be entitled to overtime pay.The DOL previously published updates to federal overtime regulations, effective December 1, 2016 (See 2016 Clie...

July 2019Number 34In Ross v. County of Riverside, decided on June 20, 2019, the California Court of Appeal for the Fourth Appellate District reaffirmed that repeated or extended absences from work for the purpose of attending doctor's appointments amount to a limitation on a major life activity, thus physical impairments which cause such repeated or extended absences may meet the definition of a physical disability.Christopher Ross, a County of Riverside employee, brought a lawsuit against hi...

November 2018Number 70Effective January 1, 2019, all part-time playground positions will become part of the classified service of school districts and community college districts, including those K-12 and community college districts that have incorporated the merit system. (For those unfamiliar with the terminology, a "merit system" district is a district that has adopted the systems of rules and procedures set forth in Education Code sections 45240 et seq. (K-12) and 88060 et seq. (community...

November 2017 Number 76 School districts' part-time playground positions will join the classified service when Assembly Bill (AB) 670 becomes effective on January 1, 2018. Under the new law, part-time playground positions, including noon-duty aides, yard aides, noon-time assistants, and playground aides, will no longer be exempt from the classified service. The law will only apply to school districts that have not incorporated a merit system. AB 670 provides employees in part-time p...

September 2017 Number 52 State lawmakers have revised the list of sex offenses that mandate the immediate suspension of a teaching credential. These changes take effect on January 1, 2018. Assembly Bill (AB) 872 adds several sex offenses to the list of offenses that lead to immediate suspension of a teaching credential, contained in Education Code section 44010. The new list includes all sex crimes requiring registration under the Sex Offender Act, as spelled out in subdivision (c) of ...