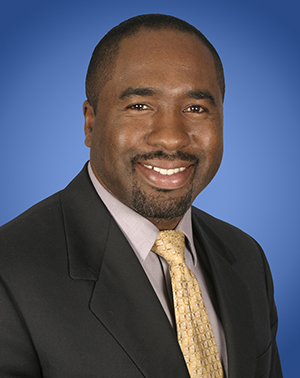 M.B.A. Duke University, with international study at the Rotterdam School of Management

Trevin E. Sims serves clients throughout Southern California from both our Los Angeles and San Diego offices. In addition to managing the San Diego office, he co-leads the firm’s public safety practice and co-chairs the Investigations Practice Group.

He serves as general and special counsel to public education agencies in a wide variety of areas including:

Mr. Sims has particular experience and expertise in school safety-related issues, including safety planning, violence prevention, threat assessment, and crises management. Over his career, his practice has also touched on virtually every other area of public education law, including special education, student discipline, classified and certificated employee discipline, and school district reorganization. Mr. Sims is a frequent author of Lozano Smith Client News Briefs, and his articles are frequently published by state-wide organizations. His article Concealed Weapons on Campus Requires Careful Consideration was published by ACSA.

He is a regular speaker at the firm's annual Facilities and Business Workshops. He also conducts governance training sessions for school boards throughout the state.

He was admitted to the California Bar in 1993 and is also admitted to practice before the Ninth Circuit Court of Appeals and United States District Court for the Southern, Central, Eastern, and Northern Districts of California.

Mr. Sims earned his law degree from the University of California, Los Angeles. In addition, he holds an MBA from Duke University, with international study at the Rotterdam School of Management, and a Bachelor of Science degree in accounting from Oral Roberts University. Mr. Sims has received certification through ATIXA as a participant in Level 1 and Level 3 ATIXA Civil Rights Investigator Trainings.

August 2018Number 38The Federal Bureau of Investigations (FBI) and the United States Secret Service's National Threat Assessment Center (NTAC) have released two important documents that offer insight into the pre-attack behavior of shooters and advice to help prevent targeted school violence through the use of threat assessments.The FBI reportThe FBI report, which was issued in June, is part of an FBI initiative to understand why shootings in confined and populated areas, like schools, occur ...

July 2018Number 33In response to a recent state court case, the California Legislature passed Senate Bill (SB) 1053 to explicitly prohibit local agencies from adopting local claim procedures that limit the presentation of childhood sexual abuse claims. The law, which was signed by Governor Jerry Brown on July 23, goes into effect January 1, 2019.BackgroundCode of Civil Procedure section 340.1 allows a lawsuit for childhood sexual abuse to be filed within the later of eight years of the date t...

October 2017 Number 56 New guidance on schools' responsibilities for addressing claims of sexual misconduct under Title IX places greater emphasis on the rights of those accused of sexual misconduct. The new guidance marks a significant departure from prior guidance but lacks details, creating the potential for many issues requiring legal consultation. On September 22, the United States Department of Education issued interim guidance on schools' responsibilities in addressing sexual mi...

Preventing school violence and ensuring school safety have become dominant topics and part of an ongoing national conversation. But what can a school district do, practically, to address these issues? This podcast will examine two recently released resource documents from the Federal Bureau of Investigations and the United States Secret Service which provide guidance on preventing school violence as well as pending California legislation to improve school climate and safety.