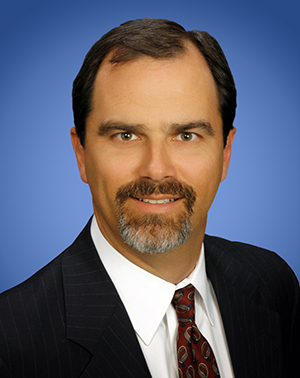 J.D., University of the Pacific, McGeorge School of Law

Mr. Sandberg has represented a wide variety of public works projects "from cradle to grave," with emphasis on proactive project management to minimize claims, as well as cost-effective resolution of disputes and litigation. He helps clients resolve as many disputes as possible during construction, while assisting clients in keeping the project on schedule and preparing clients for claims that may arise at the conclusion of the project. In addition to defending large claims, he has prosecuted many actions to recover damages for public agency clients based on design and construction defects, including seven-figure recoveries.

Mr. Sandberg also drafts construction agreements for public agencies with contractors, design professionals, and construction managers. While no agreement is "bullet proof," he relies on his experience in disputes to develop provisions that reasonably protect his clients' interests and minimize the potential for disputes.

Professional Affiliations
He is a member of the California Bar Association and the American Public Works Association.

Presentations
Mr. Sandberg speaks regularly on construction topics at public agency and construction industry conferences, including APWA, CASBO, SSDA and CASH, as well as webinars and other venues.

June 2019Number 25In Synergy Project Management, Inc. v. City and County of San Francisco, certified for publication on March 14, 2019, the California Court of Appeal concluded that awarding agencies, like prime contractors, have the power to request substitution of a subcontractor under Public Contract Code section 4107 (hereafter referred to as Section 4107).BackgroundThe City and County of San Francisco (City) had awarded a contract to Ghilotti Bros., Inc. (Ghilotti) for a major renovation...

August 2017 Number 47 Two decisions in the last three months have increased the potential for a public entity to be held liable for an injury suffered on one of its recreational trails. Appellate courts deciding Garcia v. American Golf Corporation (May 3, 2017, No. B267613) ___ Cal.App.5th ___ and Toeppe v. City of San Diego (July 27, 2017, No. D069662) ___ Cal.App.5th ___ held that a public entity cannot assert recreational trail immunity when an adjacent hazardous condition of the publi...