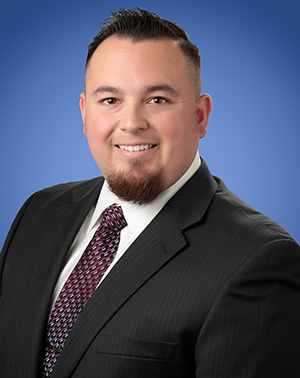 Matthew M. Lear is an Associate in Lozano Smith’s Fresno Office. Mr. Lear represents public agency clients in a variety of matters, including litigation and general counsel to local governments.

Prior to joining Lozano Smith, Mr. Lear represented clients in a variety of criminal and civil litigation matters, including contract and real property disputes, quiet title actions, and fraud cases. He is experienced in drafting pleadings and various motions including, class action complaints, answers, motions for summary judgment and motions to compel discovery.

Mr. Lear earned his J.D. degree from the San Joaquin College of Law. He received a B.A. in Sociology from the University of California, Berkeley.

October 2019 Number 60 The California Supreme Court has decided the case of Association for Los Angeles Deputy Sheriffs v. Superior Court, concluding that the Pitchess statutes permit law enforcement agencies to disclose information to the prosecutor about an officer who is a witness in a prosecution case, where the officer has exonerating or impeaching material in their personnel file. Background In 1963, the U. S. Supreme Court, decided the case of Brady v. Maryland (1963) 373 U.S. 83, ho...

First Published Case On Issues Raised By SB 1421, Which Requires The Disclosure Of Certain Police Records

May 2019Number 24The California Court of Appeal for the First Appellate District recently handed down a decision denying Walnut Creek Police Officers' Association's request to stay the enforcement of a February 2019 Superior Court ruling which allowed for the release police records pursuant to Senate Bill (SB) 1421. SB 1421 went into effect on January 1, 2019, amending portions of Penal Code section 832.7 to allow for the disclosure of certain police misconduct records and records related to ...

Brown Act’s “Committee Exception” Does Not Apply To Special Meetings

March 2019Number 18A California appellate court has focused on the distinction between a regular meeting and a special meeting of the local legislative body when considering an exception to public comment under the Ralph M. Brown Act (Brown Act). In Preven v. City of Los Angeles (Preven), the Second District Court of Appeal found that the City of Los Angeles had improperly relied on the Brown Act's "committee exception" to stop public comment during a special meeting regarding a topic that ha...