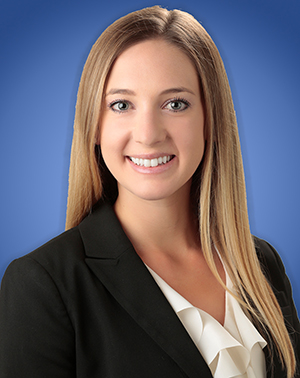 U.S. District Court for the Eastern District of California

My Expertise Something I Can’t Live Without

My Expertise What Motivates Me to Come Into Work

Alyssa R. Bivins is the co-chair of Lozano Smith’s Special Education Practice Group and practices out of the firm’s Sacramento and Fresno offices. Ms. Bivins represents school districts and other educational agencies in special education, student, and litigation matters.

Ms. Bivins is heavily involved in both the education and legal communities. Ms. Bivins has served as a Reading Partners tutor at an elementary school in the Robla School District since 2015. As the Programs Coordinator for the Sacramento Chapter of the Federal Bar Association, Ms. Bivins plans events to facilitate interaction between Eastern District and Ninth Circuit judges and Sacramento attorneys. In January 2020, Ms. Bivins was appointed to the Magistrate Judge Merit Selection Panel by the district court judges for the Eastern District of California.

Ms. Bivins graduated Phi Beta Kappa from the College Honors Program at UCLA, where she obtained a minor in Education Studies.

March 2020Number 16Frequently Asked Questions - Part 2BackgroundThe following updates and expands on the Frequently Asked Questions (FAQ) we issued on March 12, 2020 (available here), which provided general guidance for K-12 school districts in responding to the needs of students with disabilities during the COVID-19 pandemic. Since that date, additional statutory and federal and state guidance has been issued, listed below. The information in this document is current through March 24, 2020, ...

October 2019Number 57On October 9, 2019, Governor Gavin Newsom signed Senate Bill (SB) 223, which allows local educational agencies to adopt a policy regarding administration of medicinal cannabis to students on campus. The new law, referred to as "Jojo's Act," becomes effective on January 1, 2020, and was named after a San Francisco teenager who takes medicinal cannabis to control serious seizures. Jojo's Act adds section 49414.1 to the California Education Code and authorizes, but does not ...

May 2019Number 23The United States Department of Education (Department) issued answers to 37 Frequently Asked Questions (FAQs) regarding the Family Educational Rights and Privacy Act (FERPA). The FAQs focus on how FERPA relates to school law enforcement units and school resource officers (SROs). The full document, issued by the Department on February 12, 2019, is available here.The Department issued the FAQs in response to the Final Report of the Federal Commission on School Safety (Report), ...

October 2018Number 55In a non-binding order, a California state administrative law judge from the Office of Administrative Hearings ("OAH") ruled that a public school district must allow a student's nurse to administer medical marijuana, as needed, on campus and transportation. The September 21, 2018 decision inStudent v. Rincon Valley Union Elementary School District (2018) OAH Case No. 2018050651 is unprecedented, but is not binding on other school districts.BackgroundThe case arose from a ...

The Pot Thickens: Legal Updates on Marijuana and Schools

October 2018Number 56Schools may soon be getting requests to permit students to take a marijuana-based epilepsy drug at school, thanks to a change in the way the federal government regulates it. Read on to learn more about Epidiolex and the state of the law regarding administration of medication at school, including marijuana based drugs.Separately, but related to administration of marijuana based drugs, Governor Jerry Brown recently vetoed a state bill that would have permitted school boards...

July 2018Number 32Schools may soon be fielding requests to administer Epidiolex, a drug containing cannabidiol (CBD), a chemical component of marijuana that does not create a "high," to students.On June 25, 2018, the U.S. Food and Drug Administration (FDA) approved Epidiolex to treat two types of pediatric epilepsy. The approval of Epidiolex will pave the way for school districts, for the first time, to administer a medicine derived from marijuana, provided that the Drug Enforcement Administr...

March 2018 Number 11 This article originally appeared on the Association of California School Administrators' ACSA Resource Hub. School administrators are facing a growing threat to student health that is often disguised as a standard school tool. JUULs are a type of vaporizing device-commonly referred to as "vapes"-that is soaring in popularity among young people. The use of vapes, JUULs, and similar products is extremely prevalent among high school students, creating a new generat...

October 2017 Number 58 A Washington school district was not required to allow a high school football coach to pray on the 50-yard line at the end of each game, the Ninth Circuit Court of Appeals ruled in Kennedy v. Bremerton School District (9th Cir. 2017, No. 16-35801) ___F.3d___ <http://cdn.ca9.uscourts.gov/datastore/opinions/2017/08/23/16-35801.pdf>. The court found that the District did not violate the coach's First Amendment rights by placing him on administrative leave for ref...

Sloan Simmons sits down with Lozano Smith Special Education Practice Group Leaders Marcy Gutierrez and Aly Bivins, along with special education, 504, and student attorney Kyle Raney, to discuss this year’s legislative activity in the area of special education, as well to get their views on what school officials should be thinking about in the special education arena looking forward to 2020.

From ABC to CBD – When Marijuana and Schools Collide

The issue of students using marijuana in California’s public schools is an ever evolving issue, and leaves many confused as to the state of the law. Sloan Simmons engages experts in this area of school law, Aimee Perry and Alyssa Bivins, on the most recent developments, including what hasn’t changed in terms of student discipline, what may have changed in special education, and proposed legislation poised to impact students and schools on this topic. This thoughtful discussion fully explores the latest on this topics, including trending practices and options for school officials.