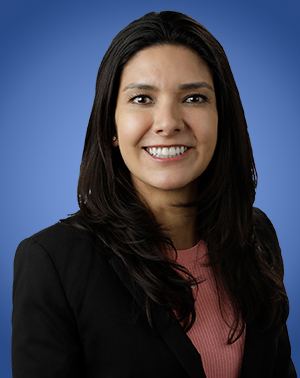 J.D., University of the Pacific McGeorge School of Law

My Expertise Philosophy I Guide My Life By

My Expertise One of the Most Surprising Things About My Job

Regina A. Garza is a Partner in Lozano Smith's Fresno office. Ms. Garza provides a wide array of services to the firm's clients, representing both municipalities, special districts, and school districts.

Ms. Garza serves as County Counsel for the County of Madera. In that capacity, she acts as the legal advisor to the Board of Supervisors and represents the County and the County's officers and employees in their official capacities. She also serves as the Deputy City Attorney for the City of Clovis and the City of Fowler. She is a prosecuting attorney for municipal code violations, abatement and compliance matters, and is skilled in drafting zoning and regulatory ordinances. She is also experienced in serving as general counsel for public agencies. She regularly consults with executives regarding labor and employment issues, collective bargaining, liability and risk management, the Brown Act and the Public Records Act.

Prior to joining Lozano Smith, Ms. Garza worked full-time during law school as a litigation law clerk with the Sacramento firm of Dreyer, Babich, Buccolla & Callaham, LLP. Ms. Garza was involved in the various aspects of litigation, including drafting pleadings, preparing witnesses for trial and deposition, and negotiating settlements.

Ms. Garza is a current board member of Community Youth Ministries a non-profit community organization focusing on social and spiritual needs of youth. She has also served as an Adjunct Professor at Fresno Pacific University, teaching Theological Ethics of Conflicts and Peacemaking.