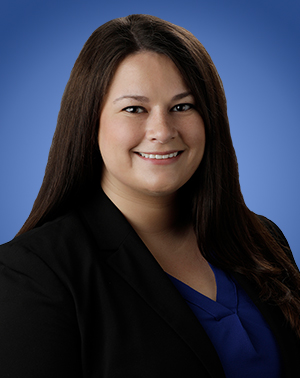 Allison B. Hernandez is an Associate in Lozano Smith's Sacramento office. Her practice is focused on litigation issues affecting public agencies.

Ms. Hernandez is experienced in various aspects of employment litigation, and has defended employers in pre-litigation, arbitration and all phases of litigation against claims for discrimination, harassment, wrongful termination, retaliation and whistleblower claims, breach of contract, and alleged wage and hour violations. She is skilled in taking and defending depositions, drafting successful dispositive motions, and participating in all phases of mediation.

Ms. Hernandez earned her J.D. from the Oklahoma City University School of Law, and attended the St. Thomas University School of Law as a visiting Juris Doctor student. While in law school, she was named to the Dean’s List, a Merit Scholar, and was given the CALI Awards of Excellence in International Law, as well as Women’s Rights and Rights of the Child. Ms. Hernandez received her B.A. in International Relations and Political Science from the University of Arkansas, and minored in Latin American Studies and Anthropology.

Ms. Hernandez has received certification through ATIXA as a participant in Level 1 and Level 3 ATIXA Civil Rights Investigator Trainings.

July 2019Number 32In D.Z v. Los Angeles Unified School District, the California Court of Appeal clarified that California laws governing the evidence offered at trial require that courts use a two-step inquiry for all such evidence: First, determine the relevance of the evidence, and second, determine whether the court should exercise its discretion to exclude such evidence. In D.Z., such inquiry was not applied by the trial court when it determined to exclude all evidence that did not involv...