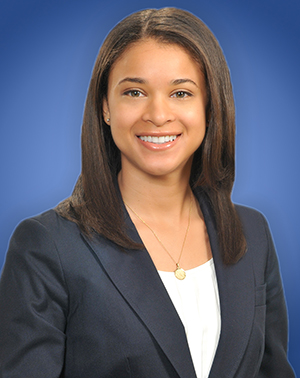 Lauren A. Lyman is an Associate in Lozano Smith’s Los Angeles office. Ms. Lyman represents clients in a wide-variety of labor and employment matters.

Ms. Lyman advises municipalities and public agencies on a broad range of areas including risk management, labor and employment, administrative investigations, police litigation, land use and zoning, and code enforcement. She is sought-after in conducting all phases of pre-trial civil litigation, including preparing and arguing law and motions, taking and defending depositions, and advising clients in mediations.

She has served as Deputy City Prosecutor for a number of cities in the greater Los Angeles region where she prosecuted violations of the municipal code in criminal, civil and administrative proceedings.

Ms. Lyman received her Bachelors of Arts and Juris Doctor degree from the University of Notre Dame.

October 2019Number 45In Quigley v. Garden Valley Fire Protection District, the California Supreme Court rejected the midtrial dismissal of a lawsuit involving a firefighter who suffered severe and permanent injuries after she was run over by a water truck while sleeping at a base camp. The court held that a firefighting immunity under Government Code section 850.4, part of California's Government Claims Act (GCA) (Gov. Code, § 810 et seq.) is an affirmative defense which must be raised b...

August 2017 Number 46 Changes to California's school funding scheme did not eliminate local school district and county office of education immunity from federal claims for damages, the Ninth Circuit Court of Appeals has ruled. In Sato v. Orange County Department of Education (9th Cir. 2017) ___ F.3d ___, the Ninth Circuit affirmed that California school districts and county offices of education retain their absolute defense to claims for damages in federal court due to sovereign immuni...