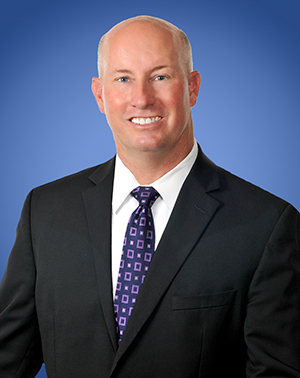 My Expertise Persons With the Greatest Impact on My Life

My Expertise What Inspired Me to Become an Attorney

Michael R. Linden is Senior Counsel in Lozano Smith's Fresno office. His practice is focused on assisting local government and school district clients in a wide-variety of legal issues. Mr. Linden serves as Deputy County Counsel for the County of Madera, as well as Deputy City Attorney for the Cities of Clovis and Lemoore. Mr. Linden also serves as general counsel for the South Kings Groundwater Sustainability Agency. In his career, Mr. Linden has represented many other local public entities, both as a Deputy County Counsel in Fresno and Merced counties, and as an attorney in private practice. As litigation counsel, Mr. Linden has extensive trial and appellate experience with a broad range of civil actions, including civil rights, dangerous conditions, torts, contracts, code enforcement, retirement, and taxes. Mr. Linden has experience with advising various local government departments, including law enforcement, corrections, public works, planning, and retirement. Mr. Linden has also advised numerous boards and commissions at open public meetings.

Since 2013, Mr. Linden has served as an Adjunct Professor at the San Joaquin College of Law, teaching courses in public entity liability and land use.

Mr. Linden earned his J.D. degree from the John F. Kennedy University School of Law. He was awarded the American Jurisprudence award in Business Associations. He received his B.A. in History from California Polytechnic State University-San Luis Obispo.

Police Liability for Tactical Conduct Preceding the Use of Force - The implications of Hayes v. County of San Diego, 37 THE PUB. L.J., no. 1 (Winter 2014)

September 2018Number 45The Ninth Circuit Court of Appeals recently affirmed the constitutionality of California's Voters' Choice Act (VCA), which provides for an all-mail ballot election system. The court's opinion validates the ability of states and local election officials to implement and operate systems that are designed to increase voter turnout.In this litigation, Lozano Smith represented respondent County of Madera, which had opted in to the VCA system for the 2018 election cycle and b...

You may have experienced the following situation working for a local public agency. You open your mail and you see a document entitled “Litigation Hold.” An attorney wants your employer to preserve records for discovery in a legal dispute, including emails and other electronic data. Initially, you have no idea where relevant emails and data might be kept, whether they are even being saved or what policies are in place regarding the retention of emails and other electronically s...