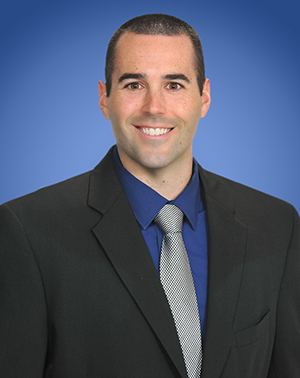 Travis E. Cochran is Senior Counsel in Lozano Smith's Monterey office where he focuses his practice on facilities and business issues for public agencies. Mr. Cochran is the chair of Lozano Smith’s Technology & Innovation Practice Group.

Mr. Cochran advises public agencies on areas such as construction, bidding and alternative delivery methods, technology contracts, CEQA, and energy conservation projects. He also serves as the City Attorney for the City of Greenfield, and provides a full range of legal advice and services in all aspects of municipal law.

Mr. Cochran is particularly experienced in presenting topics related to the Public Records Act, Brown Act, compliance, and ethics and conflict of interest issues. He has also presented at various regional association events, such as the California Association of School Business Officials (CASBO) and Association of California School Administrators (ACSA) workshops.

November 2018Number 69A new law aims to reduce the high costs public schools pay for energy. Throughout California, K-12 schools are spending a significant portion of their general fund-nearly $700 million-just to keep the lights on. This amount is nearly equal to what public schools dedicate to books and supplies for students. Assembly Bill (AB) 2068 seeks to reduce energy costs in the future by requiring public utilities to evaluate and report the feasibility and economic impacts of establi...

June 2017 Number 32 On May 31, 2017, the First District Court of Appeal ordered publication of its decision in California Taxpayers Action Network v. Taber Construction, Inc. et al.(2017) 12 Cal.App.5th 115 (Taber), which upholds the validity of a lease-leaseback arrangement. This reversed the court's initial decision not to publish the case. Publication of the Taber decision means that it serves as citable precedent upon which school districts and others may now rely. In Taber, the Co...

May 2017 Number 23 Another California appellate court has ruled that a lease-leaseback (LLB) contract made without competitive bidding is legally enforceable. In California Taxpayers Action Network v. Taber Construction, Inc. et al. (May 2, 2017, No. A145078) [nonpub. opn.] (Taber), the First District Court of Appeal agreed withMcGee v. Balfour Beatty Construction, LLC (2016) 247 Cal.App.4th 235, finding that competitive bidding is not required for an LLB contract. Although the appella...

This article was featured in the Spring 2017 Issue of Lozano Smith's TIPJar The Lindsay Unified School District, a K-12 school district that serves over 4,000 students in California's San Joaquin Valley, knows firsthand what a ransomware attack looks like: The district recently experienced one, when attackers infected servers through phishing emails that looked like legitimate communications. Fortunately, the district had policies and procedures in place that minimized the attack's effects...