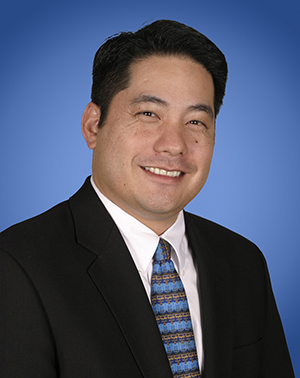 Overview
Darren C. Kameya is a Partner in Lozano Smith's Los Angeles office and is the co-chair of the firm's Investigations practice area. For many years, Mr. Kameya has advised school district clients in both the northern and southern California regions.

Experience
Mr. Kameya's day-to-day expertise lies in providing counsel to school districts on labor and employment issues. He advises superintendents and their cabinet members regarding individual employee discipline and dismissals, leaves and benefits, compensation, reductions in force and privacy rights. He has represented districts before hearing officers in classified discipline hearings, before commissions on professional competence in teacher discipline hearings, and before arbitrators in contract disputes. Human resource administrators frequently seek Mr. Kameya's assistance when defending against a DFEH Complaint or an EEOC Charge of Discrimination, responding to a contract grievance, or complying with the district's public complaint procedures. Mr. Kameya has negotiated superintendent and cabinet position multi-year contracts and buyouts on behalf of school boards.

Mr. Kameya is also an expert in public sector labor relations. He advises school administrators on handling contract grievances from the Level I response to the Level IV arbitration. Mr. Kameya is called upon to advise districts regarding the EERA and alleged unfair labor practice charges, and has successfully defended against union charges before PERB. Mr. Kameya sits at the negotiating table as the chief negotiator for some clients and provides advice during collective bargaining for other districts. Mr. Kameya has also served as lead attorney regarding management, certificated and classified employee layoffs.

Education
Mr. Kameya earned a B.A. in Political Science from UCLA and his J.D. from Fordham Law School. During a visiting year, Mr. Kameya served as a Senior Articles Editor for the UC Davis Journal of International Law and Policy.

Professional Affiliations
Mr. Kameya serves as a pro bono arbitrator and mediator for the Los Angeles Superior Court and volunteers for UCLA in various capacities. Mr. Kameya is a member of the District of Columbia Bar, is a licensed California Real Estate Broker, and is a member of the California Association of Workplace Investigators.

November 2019Number 73Senate Bill (SB) 554 was signed into law on by Governor Newsom on October 4, 2019. The law authorizes the governing board of a school district overseeing an adult education program, or the governing board of a community college district overseeing a noncredit program, to authorize an adult student pursuing a high school diploma or equivalency certificate to enroll as a special part-time student at a community college. Through the bill, the community college would be cred...

November 2019Number 74Assembly Bill (AB 30) and Senate Bill (SB) 586 were signed into law by Governor Gavin Newsom on October 4, 2019. The two bills jointly revised Education Code section 76004 to simplify the requirements for high school pupil participation under a College and Career Access Pathways (CCAP) partnership. AB 30 and SB 586 require the board of a community college to consult with, and consider the input of, the appropriate local workforce development board in adopting a CCAP part...

December 2018Number 87On October 22, 2018, the Public Employment Relations Board (PERB) upheld an administrative law judge (ALJ) decision finding that the Petaluma City Elementary School District/Joint Union High School District ("District") interfered with employee and organizational rights by: (1) directing employees not to distribute literature "of a political or union nature" on District property, including during non-work time and in on-work areas; and (2) directing employees not to dist...

August 2018Number 42State lawmakers have approved an overhaul of the funding system for California's community colleges. The new Student-Focused Funding Formula for general purpose apportionments will be phased in over three school years, starting in 2018-19. The formula aims to equalize access and improve outcomes for community college students by tying a portion of annual funding to student equity and success.The formula was included in a budget trailer bill, Assembly Bill (AB) 1809, which ...

When is Paid Administrative Leave an Adverse Employment Action?

December 2017 Number 84 According to a recent court decision, "it depends." On November 15, 2017, a California appellate court held in Whitehall v. County of San Bernardino that paid administrative leave can constitute an adverse employment action in certain circumstances. Even though the plaintiff employee was placed on paid administrative leave during the pendency of an investigation into her alleged wrongdoing, the court found that under the particular facts presented, the leave was an a...

Metadata: Insight from an Industry Expert

In our technology-driven world, a California Public Records Act request typically seeks some form of electronic communication or record created using a computer and software program. Frequently, an agency’s response is to send an email attaching the requested record if it is not otherwise exempt from disclosure. Public agencies must be careful when responding to these requests. Without taking adequate precautions, this common response may actually reveal hidden electronic data, calle...

Labor and employment specialists Lou Lozano and Darren Kameya join Devon Lincoln for a discussion of the unique challenges arising at the public employee union bargaining table in 2019. The conversation covers the fallout from the 2018 Supreme Court decision in Janus v. AFSCME, the implications of the LAUSD strike and other labor actions, and how public agencies can attempt to navigate in these complicated times.

Lozano Smith is pleased to provide public agencies with an in-depth Janus Toolkit including important background information, answers to frequently asked questions, an implementation checklist, templates for communication, and more. Download the toolkit at: www.lozanosmith.com/janustoolkit.