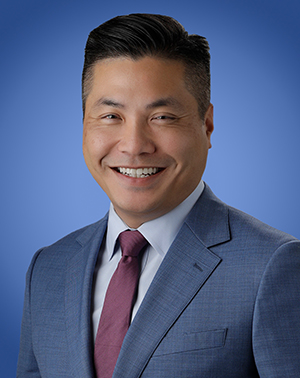 Steve Ngo is a litigator in Lozano Smith’s Walnut Creek office. He has extensive experience representing local governments across the state, covering an array of complex legal disputes. He advises cities, school districts, and community colleges, while active in several of the firm’s practice groups, including Litigation, Technology & Innovation, Public Finance, Municipal, and Labor & Employment.

Mr. Ngo is an adept advocate with a record of successfully navigating public agencies and organizations through novel and formidable litigation from inception through appeal. This record has included advice on significant financial disputes; prosecution of disciplinary charges against employees for sexual offenses and sexual harassment; litigation of claims for writ of mandate, administrative mandamus, or injunctive relief; and defense of claims for money damages against local governments. He is also one of the firm’s experts in Public Records Act litigation.

Mr. Ngo earned his Juris Doctor degree from the University of California, Hastings College of the Law, where he was elected president of the Associated Students. In law school he clerked for the California Attorney General’s Energy Task Force, which investigated conduct by power generators and traders. He earned a Master of Public Policy from Georgetown University and a Bachelor of Arts degree from University of California, Los Angeles. After college, he received the Jesse M. Unruh Assembly Fellowship, serving as staff to the State Assembly Budget Committee. Mr. Ngo has received certification through ATIXA as a participant in Level 1 and Level 3 ATIXA Civil Rights Investigator Trainings.

In 2020, Governor Gavin Newsom appointed Mr. Ngo to the California Student Aid Commission, the nation’s largest administrator of state financial aid. Mr. Ngo also serves on the Board of Governors for the University of California, Hastings College of the Law Alumni Association. He is a member of the Asian American Bar Association of the Bay Area and an active supporter of the Asian Women's Shelter.

Fit to Defend: A Primer on the Physical Education Instructional Minutes Litigation