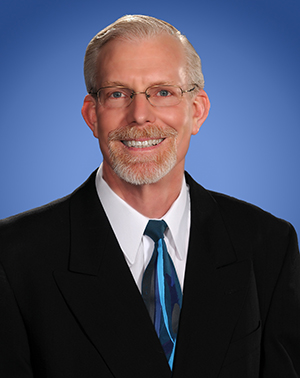 J.D., University of California at Davis

My Expertise My Passions Outside of Practicing Law

Michael E. Smith is a Founding Partner of Lozano Smith. He is a school law attorney, an educator and a speaker. Mr. Smith graduated from Claremont Men's College (Magna Cum Laude) and obtained his J.D. from the University of California at Davis. He was admitted to the California Bar in 1980, and has represented school districts for over 38 years. In addition to his General Counsel experience in all aspects of Educational law, Mr. Smith offers specific expertise in collective bargaining, labor and personnel, student discipline matters, and constitutional questions. Mr. Smith also works extensively drafting superintendent and administrator contracts with a specialized focus on management compensation and CalSTRS/CalPERS Retirement issues.

Mr. Smith is a past president of the California Council of School Attorney and the current president of the California School Boards Association Education Legal Alliance Advisory Board. Mr. Smith served for eight (8) years as a member of the National Council of School Attorneys (COSA), which is affiliated with the National School Boards Association's. Mr. Smith also serves on the COSA Amicus Committee. Mr. Smith is also a member of the Board of Directors of the Civic Engagement Center, a non-profit organization that focus on civic engagement in schools.

Mr. Smith has written numerous articles. They include:

Release of the 2020 Census Data, its Relevance under the California Voting Rights Act, and its Impact on Public Agency Elections

Supreme Court Strikes Down Denial of Government Grant to Church

Significant Cases
Morse v. Frederick (2007) 551 U.S. 393. Mr. Smith served as Amicus Counsel for the National School Boards Association and the American Association of School Administrators. The Supreme Court of the United States upheld the right of a high school principal in Juneau, Alaska, to discipline a student who held up a banner proclaiming "BONG HiTS 4 JESUS" during a school endorsed activity even without a showing of likely material disruption to the school environment. In doing so, the court overruled the previous decision of the Ninth Circuit Court of Appeals, which would have imposed personal liability on the principal for violation of the student's First Amendment rights.

Atwater Elementary School District v. Department of General Services (2007) 41 Cal.4th 227. The California Supreme Court issued a landmark decision when it held that the four-year period for a school district to bring dismissal charges against a teacher is not absolute. The District contended the four-year period should be extended based on principles of equity and fairness in order to permit the District to introduce evidence of sexual misconduct that occurred more than four years before the filing of the dismissal notice.

Duval v. Board of Trustees (2001) 93 Cal.App.4th 902. Established the principle that a legislative body may conduct comprehensive personnel evaluations in closed session, including a discussion of evaluation criteria and setting goals for future performance.

Dilts v. Cantua Elementary School Dist. (1987) 189 Cal.App.3d 27. This case established that the doctrine of "substantial compliance" cannot be used to overcome a plaintiff's failure to comply with the Government Claims Act.

For the first time since 2007, the United States Supreme Court has weighed-in on student free speech rights under the First Amendment. In Mahanoy Area School District v. B.L., the high court addressed for the first time the parameters and limits for schools' regulation of student off-campus speech. In this episode, our attorneys break down the Supreme Court's decision and its implications for California school districts with Lozano Smith student speech experts Mike Smith and Sloan Simmons. Presented by Mike Smith and Sloan Simmons

While on location at the California School Boards Association's (CSBA) 2019 Annual Education Conference, host Sloan Simmons talks with CSBA General Counsel, Kathryn Meola, and one of Lozano Smith's founding partners, Mike Smith, about critical legal issues impacting educational and other public agencies heading in 2020 and beyond.

Religion in the Schools - A Vehicle for Inclusivity