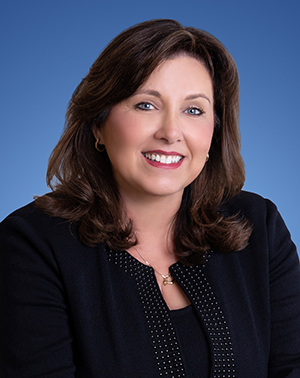 Karen M. Rezendes is the Managing Partner of Lozano Smith. Karen has extensive expertise in all areas of private and public sector employment law including effective employee recruitment, retention, employee contracts, evaluation, investigations, equal employment opportunity issues and discipline. Karen is also an expert in employee/employer relations and negotiations. Over her 32 years of experience, Karen has negotiated hundreds of agreements with labor associations throughout the State of California. Karen also provides day to day employment and labor law support to public and private sector employers and supports education and public agency clients regarding the Brown Act and board governance, student issues and general school and public agency law.

She is a well-recognized and frequent presenter and writer on Board Governance, and employment and labor law, a proponent of Interest Based Bargaining and an experienced and certified Trainer of Trainers regarding effective negotiations practices. A significant portion of her practice is devoted to advising and assisting education and public agency clients including board members and administrators regarding preventive measures to avoid litigation, ensure excellent business practices, encourage positive labor relations.

In addition to her work as an attorney, Ms. Rezendes has experience as a school administrator, hearing officer, and "pro tem" Superior Court judge. Ms. Rezendes served as Director of Human Resources and General Legal Counsel for a County Office of Education and a large K-12 unified school district. Her work as a school administrator has provided her with a client's perspective regarding the need for timely, cost effective, quality, and practical legal counsel.

June 2021Number 10The past two weeks have seen a flurry of changing guidance regarding the use of face masks at workplaces and schools. On June 17, 2021, the California Occupational Safety and Health Standards Board adopted revised COVID-19 workplace rules and the Governor signed Executive Order N-09-21 making these rules effective immediately. The same day, the Centers for Disease Control and Prevention (CDC) updated its guidance for fully vaccinated individuals to address changing rules on ...

October 2017 Number 60 The Trump Administration has issued a significant rollback of Affordable Care Act (ACA) rules that require employers to include cost-free contraceptive coverage in health insurance plans offered to employees. The changes, however, do not apply to most government agency employers and will have a limited impact on California employers. California is one of four states with laws that mandate contraceptive coverage in employer-offered health insurance plans. The new ...

August 2016 Number 50 The Internal Revenue Service (IRS) released proposed regulations on July 8, 2016 that would require employers to include the dollar value of opt-out payments as part of an employee's required medical benefit premium cost contribution when calculating affordability of health care coverage under the Affordable Care Act (ACA). The IRS treatment of opt-out arrangements impacts the employer mandate to provide affordable health care through the ACA. Pursuant to the employer ...

May 2016 Number 28 If you thought you were finally getting a handle on the Affordable Care Act (ACA), the influx of IRS guidance that came at the end of the 2015 calendar year probably reopened some old wounds. On December 29, 2015, we alerted you to IRS Notice 2015-87 (Notice), a compilation of Questions and Answers intended to provide guidance on a number of complex and highly technical topics related to group health plan market reform and employer shared responsibility requirements. The p...

Implementation of the Cadillac Tax has been Delayed, and the IRS Provides New Guidance Related to the Affordable Care Act

Client News Alert December 2015 The President signed the 2016 Consolidated Appropriations Act on Friday, December 18, 2015. Included in the depths of this 2000 page omnibus tax cut and spending package is a provision that delays the effective date of the ACA's "Cadillac Tax," a 40% excise tax on high cost employer-sponsored health care plans that exceed certain federal thresholds. Originally scheduled to go into effect on January 1, 2018, the effective date of the Cadillac Tax is now pu...

The Affordable Care Act "Employer Mandate": Are you Prepared for 2015?

December 2014 Number 92 In 2015, the "employer mandate" of the federal Affordable Care Act (ACA) goes into effect. Under this mandate, large employers that do not offer ACA-compliant insurance coverage to full-time employees may be subject to penalties under section 4980H of the Internal Revenue Code, also known as an "assessable payment" or a "shared responsibility payment." Employers will also need to start collecting relevant information in the 2015 calendar year in order to satisfy th...

February 2014 Number 12 The United States Department of Treasury and the Internal Revenue Service (IRS) issued final regulations on February 10, 2014, implementing the Employer Shared Responsibility Provisions of the Affordable Care Act (ACA). The final regulations push back significant deadlines for employers while also providing clarification regarding some of the existing rules and regulations. Phase-In of Employer Responsibility Provisions The ACA requires employers with at least ...

Unraveling Employer Reporting Requirements Under the Affordable Care Act: What Employers Should Know For 2014

January 2014 Number 4 With the phasing-in of the Affordable Care Act (ACA), employers should be aware of certain reporting requirements that may affect them as early as January 2014. The ACA contains three different provisions that establish annual reporting requirements for employers. The ACA amended section 6051 of the Internal Revenue Code to require certain employers to report to employees, on the standard Form W-2, the cost of their employer-sponsored group health plan coverage. ...

September 2012 Number 48 On September 12, 2012, Governor Jerry Brown signed into law Assembly Bill (AB) 340, a bill which enacts the much anticipated California Public Employees' Pension Reform Act of 2013 (PEPRA). The intent of the bill is to save the State tens of billions of dollars over the next 30 years by capping retirement benefits, increasing retirement age, and implementing other measures meant to stop retirement benefit abuse. PEPRA is of special interest to educational entit...

March 2012 Number 10 The California Third District Court of Appeal issued a decision in Stockton Teachers Association CTA/NEA v. Stockton Unified School District (March 1, 2012) ___ Cal.App.4th___ (2012 WL 663158) that could have a wide-ranging impact on how districts classify and terminate employees hired to serve in categorically funded programs. While we think the case was incorrectly decided and hope that the California Supreme Court will grant review of the case, as it stands now, th...

November 2011 Number 73 The Public Employment Relations Board (PERB) recently issued a decision clarifying the use of side letter agreements and when they expire. In Palomar Community College District (2011) PERB Decision No. 2213-E, PERB considered the duration of a 2005 side letter agreement regarding the discipline of campus police officers in light of a 2006 amendment to the parties' collective bargaining agreement. The 2005 side letter did not include an expiration date or any ter...