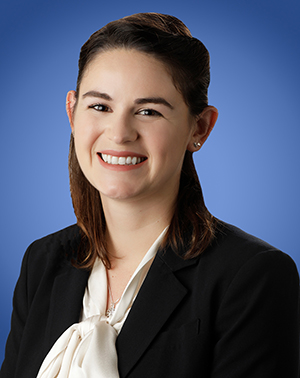 Prior to joining Lozano Smith as an attorney, Ms. Ketchie worked for a non-profit as a Policy Research Assistant focusing on consumer protection laws in the areas of health, food, finance, and privacy law. She also served as a Law Clerk for the Office of the General Counsel at Oakland Unified School District. In that capacity, she concentrated on analyzing issues related to the California Education and Labor Codes for the District assisting in policy creation and compliance.

Ms. Ketchie received her Juris Doctor from the University of San Francisco, School of Law, and earned her Bachelor of Arts in Anthropology, with a Minor in Urban Education, from the University of California at Berkeley. While in law school, Ms. Ketchie served as both Senior Literary Editor and Associate Literary Editor for the USF Maritime Law Journal. Ms. Ketchie also served on the Moot Court Board as the Development Director, and placed in the Top 16 in the Wagner Labor and Employment competition at the Moot Court. Ms. Ketchie has received certification through ATIXA as a participant in Level 1 and Level 3 ATIXA Civil Rights Investigator Trainings.

October 2019Number 48Assembly Bill (AB) 711 establishes a process for former students to change their name and gender on pupil records, including diplomas.Existing law requires school districts to maintain and preserve, in perpetuity, certain mandatory pupil records, even after a student graduates. AB 711 was enacted to address the needs of former students and to protect their privacy rights. Prior to the enactment of this statute, former students' prior legal names (or "dead names") and/or g...

July 2019Number 33On April 23, 2019, a California appellate court ruled against a private college for failing to properly provide an accused student with a fair hearing in a sexual assault case that led to the student being suspended from college for two years.Doe v. Westmont College involved an alleged rape of a female college student (Victim) by a male college student (Accused) and demonstrates the necessity of fairness for all parties involved in contested student sexual assault discipline...

March 2019Number 15Newly elected Governor Gavin Newsom has signed a bill aimed at increasing charter school transparency. Senate Bill (SB) 126 settles, once and for all, the debate over whether charter schools and their governing bodies are subject to California's open meeting, conflicts of interest, and public records laws.BackgroundPrevious attempts to pass legislation intended to make charter schools subject to California's "sunshine laws" were vetoed by former Governor Jerry Brown. By com...